I know we die-hard fans say this pretty much every year, but: 2011 was awesome for UK gospel music.

However, you don’t need a batch of rocket scientists to tell you that the very same thing considered the greatest asset of a predominantly independent scene – it’s very independence – is also usually its primary weakness.

Somewhat ironically, that’s also a good thing because creative variety thrives in the selfsame vacuum created by the lack of major music companies promoting whatever they consider to be the latest music trend to bring in the big bucks – which in turn spawns countless bland clones looking to hit the big time.

The upshot is a scene that’s as varied as it has potential to be interesting, although there’s no getting away from the fact that it also makes some of the really good stuff hard to find.

Hopefully that’s where I come in.

This series (I hope to do a few posts between now and the end of January 2012) will suggest some tunes for you to investigate.

Some of it will no doubt include stuff from my ‘Essential UK Gospel Tracklist‘ series, in addition to other new material I’ve come across throughout 2011.

Now that the intro’s out of the way, let’s get cracking.

Do let me know if I’ve missed anything…

Availability: Get it on Amazon MP3

Comment: when the current phase of UK gospel history is recounted, Commission will probably be very fondly remembered as unsung heroes.

Many of the current crop of high-profile young artists cite the sibling duo as an inspiration, and with good reason.  Commission’s music is always heartfelt, and often experimental.

Availability: Get it on Amazon MP3

Comment: This instantly likeable, summery little tune is an excellent example of the ‘one man and his guitar’, laid-back Folksy/Pop-influenced songs in the finest tradition of people like Jack Johnson.

I’m a huge fan of its breezy, carefree vibe, and on the evidence of this track, Mide completely gets the genre’s musical and lyrical nuances.

Absolutely fantastic to see Black folk that can properly lock in on a genre that many attempt but few properly capture.

One for fans of  Bobby Bovell’s ‘Emergent EcleKtic’ and Lain’s ‘Brother Soul’ albums.

Track: Not Only Human (Remix)

Comment: ‘Not Only Human’ has been around in a variety of versions for quite a few years. Originally written by mum-of-five Lisa as a soft, single-time RnB ballad, it was the Pop-House Remix that first garnered attention.

However, two DJ/Producers Remco Muis and Sander Van Wonderen, going under the name Spiritual Blessings got their hands on the superb vocals and re-released it for 2011 as an excellent Soulful House cut with a very attractive saxophone solo/hook.

I loved it pretty much the instant I heard it, making it my ‘Track of The Week’ on my show on Premier Gospel, where it got an immediate response from the listeners.

Track: Praise To You

Comment: I have no idea who J.O. is, save for the fact that his name is Jonathan Owusu-Yianomah.  He stuck a link to this track on my Premier Gospel Facebook profile wall.  According to his Facebook profile he studied Creative Music & Technology at Brunel University.

Once you get past the slightly thin intro on this track, it becomes a very strong piece of Electro Pop – definitely one to check out! 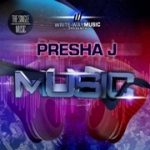 Comment: I like this because it’s ‘proper’ commercial Drum n Bass.  The kind you’ll actually enjoy listening to because The Confectionery‘s production strikes the right balance between credible and accessible, with none of that dark underground vibe hardcore types will have you believe this type of music needs.

Presha J’s lyrics are simple, honest and forthright, and the whole package serves as a great introduction to anyone wanting something fun and enjoyable but off the beaten path nevertheless.

Deserved greater exposure than it received. 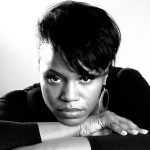 Comment: Monique’s debut album ‘Unbroken’ is a very decent first effort, with some of my favourite songwriting to come out of UK gospel in recent years.

The final choice of track from this set was a toss-up between this and ‘Colourful’, but  ‘Daughter Shine’ has had less exposure.

Comment: a rare track (this version is not on the official release available on iTunes), but most certainly worth hunting down.

Excellent head-nodding niceness to an absolute classic 90s RnB cut results in one of the most radio (and iPod) friendly tunes I heard this year.

Well worth the effort to track it down… 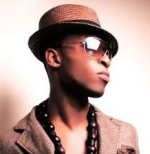 Comment: superb, groovy RnB/Hip-Hop hybrid that – with the right promotion and marketing – should have a decent shot at being a UK gospel classic.

The bridge/middle 8 needs beefing up in my view, but it certainly doesn’t take away from the immediate, hooky nature of one of my favourite song discoveries on 2011. 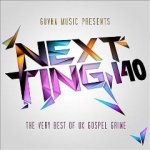 Availability: Guvna Music Presents Next Ting 140 (get it on UKGShop.com)

Comment: If you’re plugged in to the UK street music scene then you no doubt know about this track.

A bold, contemporary retelling of events leading up to Christ’s crucifixion, over an uncompromising UK street beat produced by Skyboy Records’ Big J.

I first realised the crossover appeal of this song when I chose it as my ‘track of the week’ on my show on Premier Gospel earlier in the year – I had people who typically would not listen to Grime responding to it in a deeply personal way.  Says a lot for a Street song on mainstream radio!

Haven’t heard it?  You owe it to yourself to investigate this one…